DynaGlide Plus for Firearms and Ballistics

DynaGlide has engineered Co-polymers and Block-polymer technologies into highly efficient Dry-Film Tri-Boundary lubricants that have the unique characteristic of being self-cleaning. These new Hornady One Shot Dry-Film lubricants have revolutionized the materials and techniques involved in firearms cleaning and maintenance. 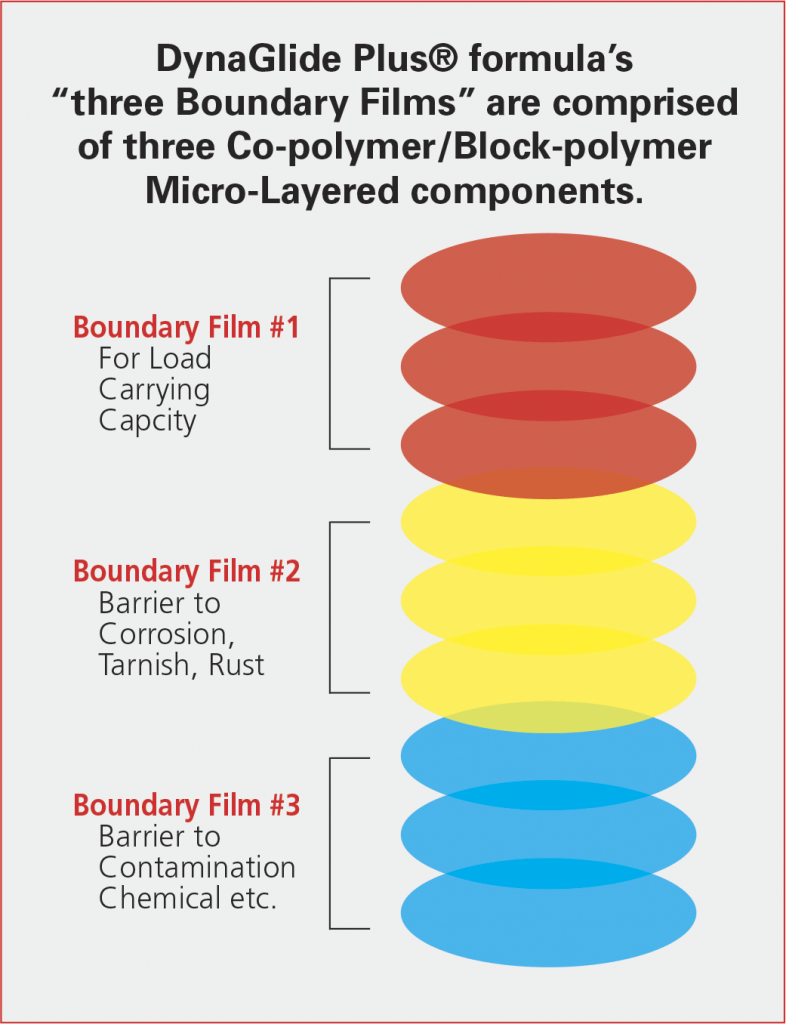 The standard DynaGlide tri-boundary lubricants contain 6-micro layers that are self-leveling, non-gumming, and high pressure resistant. The new DynaGlide Plus formulas are micro-layered, dry tri-boundary film lubricants that apply 9-micro layers. They are also classified as boundary* lubricants and are ideally suited to the firearm industry due to their exceptional performance under high pressure, high heat conditions and extreme environmental exposures. DynaGlide Plus lubricants are known for their stability and non-migrating features that will stay where applied. One Shot® with DynaGlide Plus® has been made available to the shooting industry exclusively by the Hornady Company since 1986.

As referenced in Wikipedia encyclopedia…
* Boundary lubrication (also called boundary film lubrication): The bodies come into closer contact at their asperities; the heat developed by the local pressures causes a condition which is called stick-slip and some asperities break off.

At elevated temperature and pressure conditions chemically reactive constituents of the lubricant react with the contact surface forming a highly resistant tenacious layer or boundary film on the moving solid surfaces which is capable of supporting the load; thus major wear or breakdown is avoided. It is also defined as that regime of lubrication in which the load is carried by the surface asperities rather than by the lubricant. The lubricating film consists of more than one single layer.

DynaGlide’ Plus® three boundary (micro-layered) films combine to play a major role in determining the bulk physical properties and behaviors of the conditioner/lubricant (specifically, how it interacts with heat, chemicals, solvents and contamination, etc).

No DynaGlide formulations changes were required under the new Military specifications (AF-5272) being introduced that will replace the MIL-PRF 63460 specifications, because of the continued upgrading of the formulas over the years since 1986. 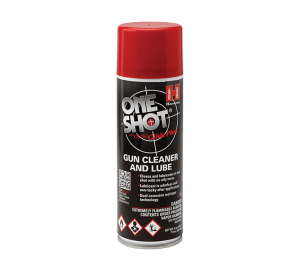 These component properties have all but eliminated the need to clean firearms with harsh hazardous chemical solvents and wire brushes. With DynaGlide Plus® preconditioning a firearm (as a preventative to fouling and wear) is more efficient than “after the fact” traditional, abrasive, messy and labor intensive cleaning.

DIRECTIONS: HOW TO APPLY HORNADY® GUN CLEANER AND LUBE

Hornady One Shot® Gun Cleaner and Lube with dynaGlide Plus is specifically formulated for and distributed exclusively by the Hornady Manufacturing Company. 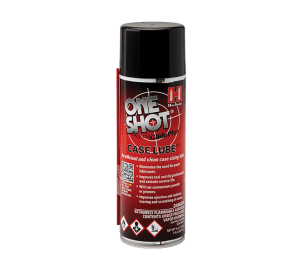 One Shot Case Lube with DynaGlide Plus Technology is a micro-penetrating high pressure dry film. It contains no petroleum, Teflon or other synthetic silicone so it will not contaminate powder or primers. 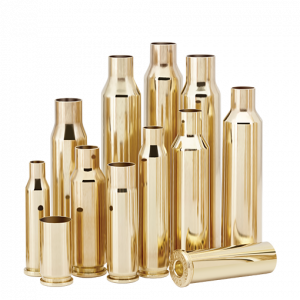 An efficient and clean case sizing lube that:

Hornady One Shot® Case Lube with dynaGlide Plus is specifically formulated for and distributed exclusively by the Hornady Manufacturing Company.